Well I never thought I'd see the day, but the day's arrived.  Two re-edits I originally did in 2006-ish* have finally made it to vinyl thanks to the lovely chaps at the Spoke label.  The Dakotas edit might be familiar to anyone clever enough to listen to the Mix90 series, while the Open Mind edit has never seen the light of day until now (aside from one airing at a DJ night in Preston in 2007, played from a 10" dubplate.  Yes, I remember these things...)

So, if they float your vessel click on THIS LINK to be transported to the magical shop of Spoke, stick some details in and all that, and they'll send you one.  There aren't a limitless supply of 'em, and from what I hear, they're already finding new homes rather quickly.  Their other releases are well worth checking out, too.  Advert over. 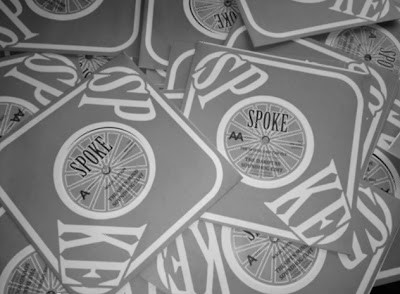 * I just thought I'd mention that to deflect any accusations of jumping on the already-heaving 'psychedelic' bandwagon, like so many other cynical chancers have done recently.  I've got a 25+ year history with this stuff...

Just a brief round-up of goings on in my world, which you've probably missed.  Right, let's get the stuff to listen to out of the way.  First up, I bought myself a new synth a couple of months ago, so it only seemed right to make lots of atonal noises with it.  That's why I like synths.  If you fancy an improvised 20 minute soundscape, click the play button below...

Nice, eh?  Anyway, moving on...  I also found a cassette of some stuff I did sometime around 1994/5, using lots of gear that a friend had which I couldn't possibly have afforded.  It was an attempt to make dance music of a sort, possibly the kind of thing near the end of the night to calm people down.  Basically, that means the tracks are quite slow.  I only have the cassette left as far as I can work out, so they're sonically a bit challenged, but I like that.  I like cassettes, you see.  Not in an ironic hipster idiot way.


What else...?  Oh, yes.  I did an official (for a change) remix for Victoria & Jacob, which I was quite pleased with.  You can listen to it below, or buy it (yes, I said buy it... one of those 'pay what you want' jobs) over on Bandcamp, in a compilation of other mixes of the track - LINKY LINK - Please chuck them a few quid if you like it, and maybe leave a comment or two somewhere.  Go on, I dare you.


And finally, news just in about something I've been waiting to happen for a long, long time.  Soundhog psych-edits on seven inch?  Yes, you read right.  More news as and when I have any, and probably at the Spoke Records website as well, but here's some sticker artwork for you to be getting on with, which should give you an idea... 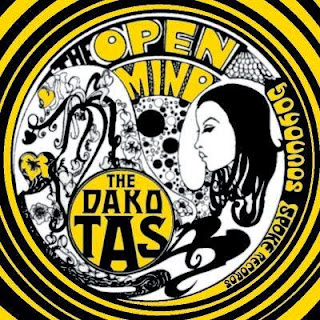 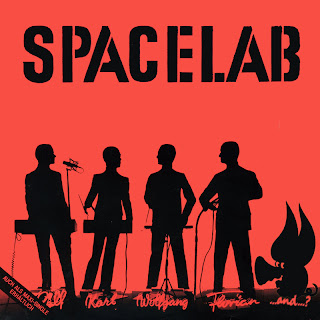 Ok, so a fairly straight Kraftwerk cover isn't the most interesting thing to do in 2013, I agree.  However there is a good reason for it.  Some friends of mine up in Scotland put on a night where people were playing 'werk tracks totally live, which was set up as a response to a similar event in Cardiff, which was set up as a 'consolation' to the 99.99999% of fans who didn't get tickets for the concerts at the Tate Modern earlier in 2013.  Still with me?  I'd hoped to be able to attend and play something, but it didn't happen.  Therefore I decided to record a cover version to play out over the P.A. system instead.  Perhaps as people were leaving...   This is that cover version.

As the main ethos behind the performances was that they were to be done totally live, with no sequencing or backing tracks, all parts on this were recorded totally 'manually'.  Given my ultra-rudimentary keyboard prodding skills, this was no mean feat.  Anyway, I think it came out quite well.  Those bored already will probably have stopped reading ages ago.  Those who care about what I used can read on...

There are 8 audio tracks here.  The opening scale which turns into bleepy space noises was done on a Korg Monotribe, as was the drum track and little up/down octave line.  The note change is achieved by setting the LFO to a square wave, carefully tuning the 'INT.' control and flipping the 'target' lever from VCF to VCO when needed.  The drum hits were punched in and out in the process.  At the same time, I was using the sync-out to trigger a Roland SH2 which I played the main bassline on.  I really could have used some extra hands here, it took a few attempts to get through it without mistakes.

That was the 'machine assisted' part done.  The SH2 was also used to play the main melody line, and the resonated lowish noisy notes.  The pads are done on a Roland RS09 strings/organ unit, which was filtered slightly to make it sound a tad more interesting.  Topping it off are the little spangly high notes, done on my Korg M500 Micropreset (which you might recognise the sound of from its' extensive use on the first couple of OMD albums).  Final touch was to dig out my Commodore 64 and load up "Software Automatic Mouth" (or "SAM"), tell it what I wanted it to say and press return at the right moments.  Mix it all together roughly, and...

Another new set of visuals for something I did ages ago (2009 in this case).  The Dan's Do It Again with Daft Punk's first big hit.  Someone asked me for it a couple of weeks ago, and it got me thinking that it really should have had a promo video made at the time.  I wasn't very into doing videos then, but I'm a bit more keen now.  So I've made one.

*edit*  I note this video is blocked from 'mobile devices' on YouTube, the reason apparently being that it uses bits of some record (that I've never heard of) which uses bits of 'Do It Again', rather than for it actually using 'Do It Again'.  Go figure.  I can't change it, so if you can't view the video below, try this Vimeo link instead:  https://vimeo.com/65081656

If the reference points pass you by on this one, you might like to quickly read up on the BBC Micro, teletext graphics and the 1982 TV series The Computer Programme.  Suffice to say, it was a right swine getting that movie into 32K of memory...  honest.

You may have heard the track before - or at least, I hope you have - but it would seem in this day and age, if you're really going to go global with something, you need a 'pop video'.  Well, it would also seem it helps to have a stupid dance (like you're riding a horse whilst having broken arms) for the lumpen proletariat to really fall for it, but I'm not about to plumb *those* depths, thank you very much...

Some more successful people than me (i.e. nearly everyone) have professional people and companies to make videos for their tracks, which they can project behind them on large screens while they do their DJ sets.  Me?  I have to gather up material, and sit here for about ten hours, cutting and pasting and moving and removing and cutting and pasting and stretching and inverting and more cutting and pasting until my home computer starts waving a white flag out of its' 3.5" floppy drive slot.  So, around 300 edits and a couple of migraines later...


The track's still on Soundcloud, and at the moment you can download it in 320k mp3 format from there - the offer will last until the tail end of the year, when my premium membership runs out.  Don't delay, click today, etc.  Do feel free to spread this video around the internet.  I won't mind.  I doubt I'll get a billion views, but let's not be defeatist too early, eh?  Turn it up.

*update*  It's taken off a little bit after being posted on a few blogs.  Here are some of the more interesting things being said about it.  (New quotes added 10/01/13 - mostly from NME readers/followers, which says a lot...)

I feel like I've finally arrived...  if you see any more good ones, do send them to me so I can post them up for posterity.
Posted by ben_sH at 8:57 PM 21 comments: