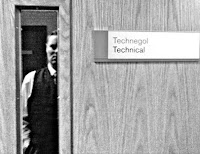 I asked the chaps at Allez-Allez if they'd like me to do something for their blog.  They said 'yes', so I did.  And it took ages to do.  But it's done, and it's online.  You can download it in zingy 320kbps mp3 quality from their website, http://allez-allez.co.uk ... It's an odd one, quite dark in tone which was probably reflecting my general mood when making it.  A good head-nodder, though.  If you like it, let me know, let them know and perhaps let other people know.  Who knows, I might do another one at some point. Oi, stop laughing.

Tracklisting:
Uncanny Alliance - I Got My Education
Julie Driscoll, Brian Auger & The Trinity - Indian Ropeman
Missy Elliott - For My People
Landscape - Einstein A Go-Go
Danni Minogue - I Begin To Wonder
Goldfrapp - Train (Ewan Pearson 4/4 Instrumental)
Whitney Houston - It's Not Right But It's Okay
Dee-Lite - Groove Is In The Heart
Spirit - Fresh Garbage
Basement Jaxx - Do Your Thing
Jaydee - Plastic Dreams
Shannon - Let The Music Play
M*A*R*Y - 73 Club
Rocker's Revenge - Walking On Sunshine
Alan Hawkshaw & Brian Bennett - The Name Of The Game
Beyonce Knowles - Work It Out
---------------------------------------------------------
More old shit.  This was done in mid 2003, for someone I used to get on with, when he used to guest on a programme that used to be broadcast on a radio station that used to exist.  This was a mix made out of several unfinished ideas, rather than something meticulously worked out, and just poppy dancey fluff really, but a reminder of a time when all this was up for grabs... I should've grabbed it, eh?
Posted by ben_sH at 2:11 PM No comments: