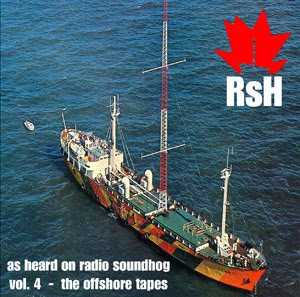 It's funny how life works out, sometimes. One moment I'm sitting at home, buggering about with other people's records for my own amusement. The next, I'm getting emails from people all over Europe asking me if I'm a DJ and, if so, would I like to go over there (wherever that was) to play for them. I'd have been stupid to say no to both questions. Before 2004, I'd played a grand total of one 'proper'  DJ set, and that was just playing tracks off a couple of portable CD players. I'd never used any proper DJ equipment, never done anything before people who didn't sort of know me, never been paid obscene money for playing other people's records. However, I've always been the type of person who doesn't know what he can't do, so...

2004 saw me play sets in Belgium, Germany, Switzerland, Hungary and the UK. Everything from basements to large clubs, ultra-trendy south London bars to the biggest outdoor festival in Scotland. By the middle of the year, I seemed to be getting pretty good at this DJing business... a few nights stick in the memory as being particularly wonderful, most notably my first visit to Budapest and a couple of nights in the notoriously stuck-up Boujis club in Kensington, where the place just went absolutely mental for three hours. All of a sudden, I seemed to have become a 'DJ', without even trying to be one.

Radio Soundhog Volume 4 was intended as a promotional mix, but I was told: "it's too long, it needs to be 30 minutes maximum". Well, there's no way I could have done that, my sets were already becoming incredibly eclectic affairs and I wanted people to hear exactly what I was up to. There are a few tracks by other people in here - ones I can still listen to today as well as being floorfillers at the time. Roughly two-thirds of the set is from actual live recordings, augmented with some new ideas and twiddly bits, and all knitted together in one evening sitting at the PC. There's too much Kelis in it, but I didn't notice that until Dan Sheldon pointed it out.  Oops.  Most of the music within this mix is very dated now, veering perilously close to bootlegs for bootlegs' sake, but it's an aural snapshot of a brief and happy time in my life. It couldn't last... and it bloody well didn't...

The "radio" device in the title was finally used to proper effect here, as I used some archive recordings of the pirate station Radio Nordsee International to pepper the mix into some sort of "concept"... RNI was active in the early '70s, about three years after UK law had been changed to outlaw the pirate stations. The station had a particularly rough lifetime - not only were they one of the few stations who had their signals jammed by the government but they also suffered some frightening physical moments as a result of underground 'business troubles'. Clips used in the mix are from when an attempt was made, by people 'working' for a rival station, to destroy the ship by starting fires in the engine room in 1971. It's a fascinating story from start to finish, and I strongly recommend reading up on it, both at rni220.nl and Dave's Den...
Posted by ben_sH at 12:58 PM

one of my top 5 albums of all time!
don't know if you really don't like yourself as much as you post but thank you so much for this!
still listen to it.
still love it.
soundhog! u deserve better!

Hmm. Odd. Dunno how that happened. Reuploaded and new link added, anyway - thanks for letting me know!

anon: Well, it's touch and go most of the time... glad you like the sounds, though. The comments are much appreciated as well! Ta.